Home > Blog & News > A brief history of the Warwick… 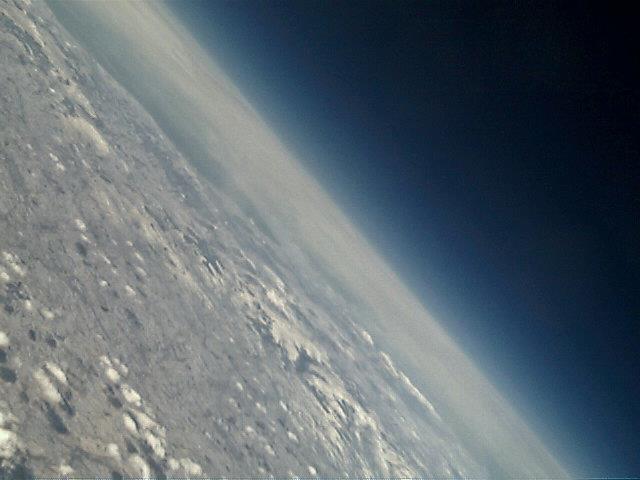 In their fourth year, Warwick University engineering students are organised into multi-disciplinary teams to participate in a major project that emulates how ‘real world’ engineering projects operate.

One such project is WUSAT. Established by Dr William Crofts in 2006, the first WUSAT team was tasked with providing the electrical power supply for ESA’s Educational Satellite Programme, whose fourth mission was a moon orbiting satellite called ESMO.

When the ESMO project came to an end in 2012 the WUSAT team moved on to develop a Cubesat prototype called WUSAT-1. They quickly discovered that what they missed in terms of a large European project, including the discipline – was replaced by a project that could progress very quickly into prototype and test stages.

WUSAT-1 was launched on a high-altitude helium balloon from a CAA approved sight near Welshpool, Wales with external cameras bolted on to capture footage of its journey. The team’s software produced a predicted flight path which proved to be exceptionally accurate, as WUSAT-1 and its parachute was recovered in a field less than 100m from the predicted landing site.

Watch the launch of WUSAT-1 here. 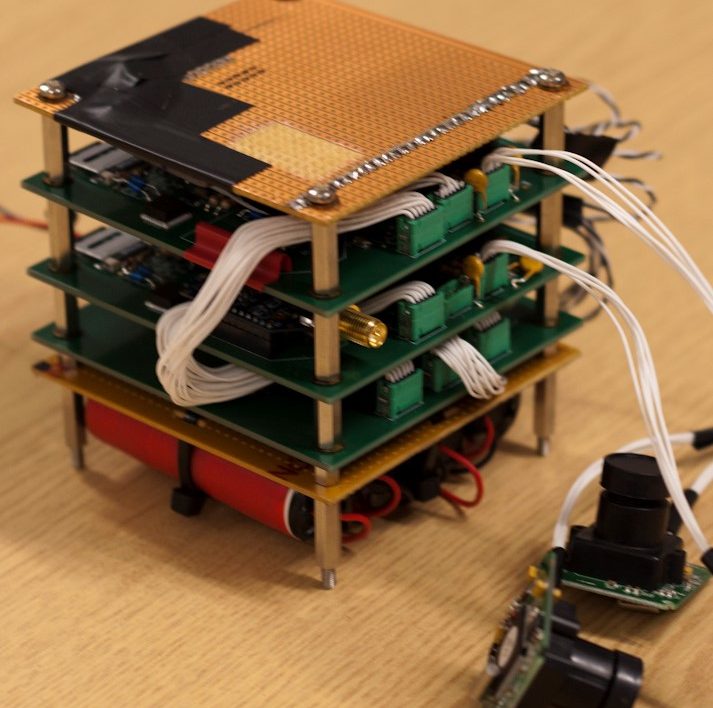 After their success with WUSAT-1 the team applied for a place on the Rexus 17 programme – a collaborative project between ESA, the German Aerospace Centre (DLR) and the Swedish National Space Agency (SNSA).

WUSAT-2 was a more sophisticated CubeSat, sampling light frequencies as it entered the atmosphere of a planet and transferring them to a light-spectrometer capable of filtering the light frequencies of elements such as Sodium and O2. This allowed an estimate of the density of each element at different altitudes and divulge a great deal about the history of a planet.

The cubesat was mounted under the rocket’s nose cone that was ejected at 90km altitude. After a delay to allow safe clearance from Rexus, the subsystems started, including the communications downlink, and began recording as it descended through the atmosphere.

The team knew the retrieval of WUSAT-2 was highly unlikely as it would bury itself several feet under the arctic tundra north of the Swedish launch site at Esrange. Hence, it was vital that the comms downlink worked under extreme conditions. Amazingly, the team were able to retrieve the unit with all the components and circuitry intact.

WUSAT-2 was the first eject-able satellite to work as planned and return data in 17 previous REXUS launches!

Watch the story of WUSAT-2 here.

The next mission for the 2015-16 WUSAT team was to find an exciting payload concept that would make WUSAT-3 very special with ‘real world’ potential.

The decided concept was a direction-finding payload that would be capable of detecting a radio signal from a tagging device and then determining its location on the surface of the Earth. Paired with a real-world mission to assist the ICARUS project (International Cooperation for Animal Research Using Space) – a large-scale wildlife monitoring project developed by the Max Planck Institute for Ornithology. Their aim is to develop miniature tags that can be fitted to various forms of wildlife to collect GPS (movement tracking) and other forms of biological data.

WUSAT-3 would now incorporate, as part of its payload, a four-arm deployable antenna system. The orientation of this antenna system – pointing towards the Earth – would be maintained by an on-board Alignment Determination Control System (ADCS).

The receipt of a tag signal by the payload antenna triggers a camera, installed in the centre of the antenna system, to take an image of the Earth’s surface containing the location of the signal source – i.e. the wildlife tag. Post-processing would use signal-shift differences between the four payload antenna chips to fix the location of the tag signal source within the image taken. 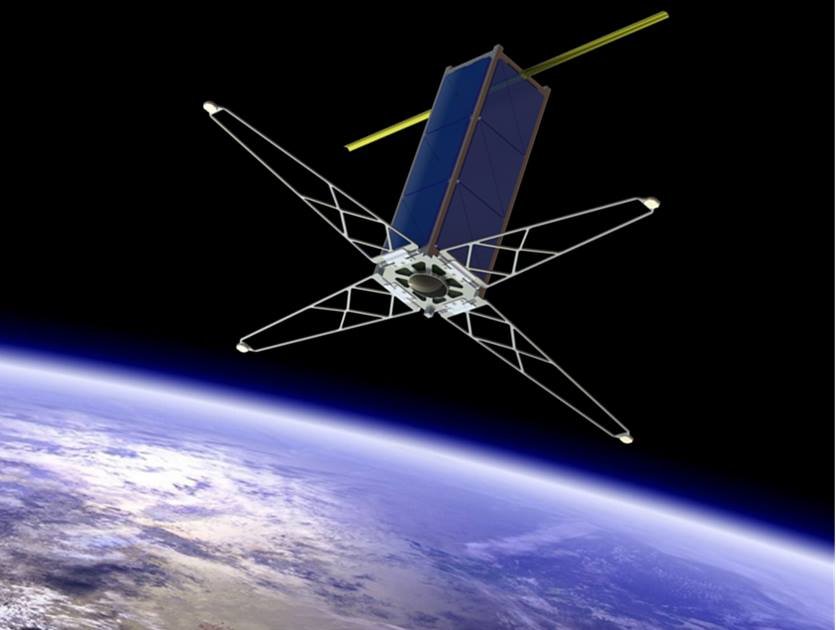 The WUSAT-3 team are working towards a launch from the International Space Station and are currently looking forward to the final stages of WUSAT-3, concluding with the successful evaluation of its wildlife-tracking mission.

Harwin have sponsored the WUSAT team for several years. With no access to the satellite once in orbit to fix or replace components, they needed to be robust and effective throughout their arduous journey and mission.

Gecko connectors were supplied for the build of WUSAT-1 to provide the light-weight connections between the multiple PCBs. As the project developed into WUSAT-2, the Gecko connector system was still the best choice to keep the payload compact and light-weight, but also able to withstand the increased vibration of a rocket launch.

With the success of both designs, Gecko is now the preferred connector for the WUSAT-3 satellite. This connector range is ideal to meet the continued requirements for small, light-weight, reliable connectors with low outgassing, suited to the rigors of spaceflight and the virtual vacuum of space. 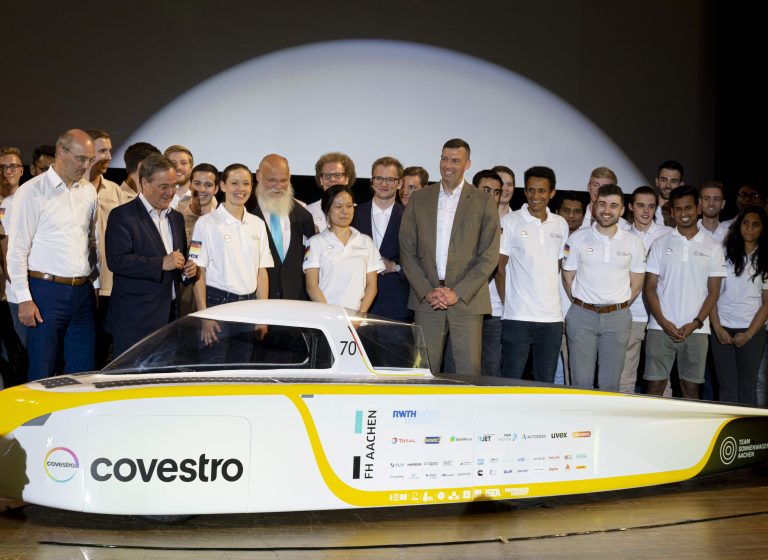 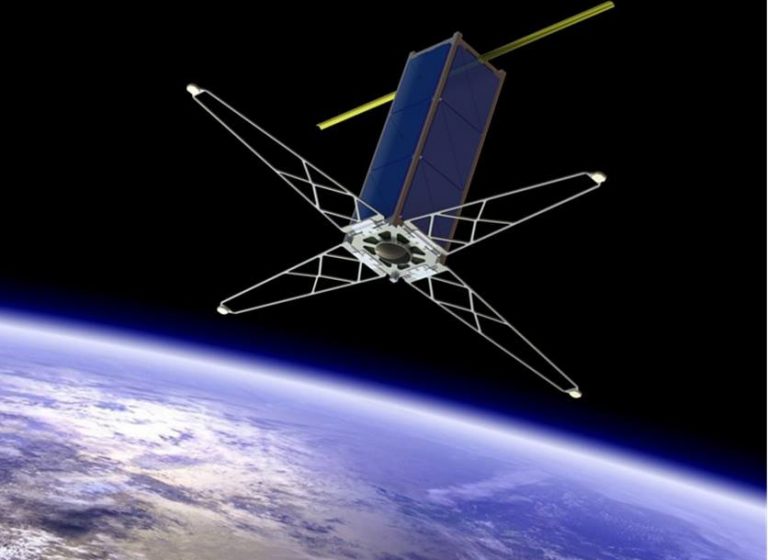